Maureen is inspired by the future and what is possible and so, she  created Freshwaters. As  consultant, coach  and lecturer she helps individuals and organisations to create  visions of their futures.  In so doing, she believes we  can all make  a positive difference in  the world.   Maureen  has  experience of working across different industries in the public, private and public sectors in an international arena.  Her work is underpinned by her passion for diversity.  She  has a wealth of experience in inherent and acquired diversity. 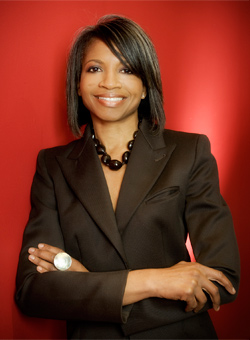 Maureen is the epitome of what one expects from a consultant: knowledgeable, confident, strategic, and deliberate without being obtrusive and patronising. I was privileged to experience and benefit from Maureen’s first rate competencies over a period of eight months as she coached and consulted with the National Library of Jamaica in the on-time delivery of its objectives as an international partner in the Cultural Leadership Programme. It would be good if all consultants were as quietly competent and effective as Maureen.”
Winsome Hudson, Executive Director, National Library of Jamaica

As the founder director of Freshwaters Consultancy an interdisciplinary practice Maureen offers fresh thinking, new ideas, perspectives and approaches to helping individuals and organisations create sustainable futures. Maureen has extensive of working internationally in collaboration in person and online with arts, cultural and education institutions in Africa, Brazil, the Caribbean, China, Europe, Hong Kong, India and the USA. She has been involved in number of British Council funded projects around the world as well as in the UK. Present and past clients include: Utopia Theatre, Guildhall School of Music and Drama, South East Dance, Heritage Lottery Fund, Arts Council England/Cultural Leadership Programme, Museums Association, Walters and Cohen Architects and National Cultural Foundation Barbados.

Maureen works for the University of the Arts London a senior lecturer in leadership entrepreneurship and professional practices across a number of undergraduate and post graduate courses including MA Arts and Cultural Enterprise and EMBA Fashion. She was researcher on Creative Lenses, a practice-led knowledge exchange project that explored how to make arts and cultural organisations resilient and sustainable by improving their business models, strategic and innovation capacities. She recently co-designed and co-delivered Multiplier Lab a British Council an online capacity building programme for creative hub leaders from a across West Africa.

Maureen is a Visiting Professor in Transformational Leadership at the International School of Management Group in Senegal and was visiting lecturer at the Errol Barrow Centre for Creative Imagination at the University of the West Indies.

Prior to creating Freshwaters, Maureen held a number of senior executive positions where she was at the helm of a variety of high profile leadership, entrepreneurship and employability programmes, nationally and internationally.

Maureen is a Certified Manager and Fellow of the Chartered Management Institute, Senior Fellow of Higher Education Academy, Member of the Association For Coaching and a Fellow of the Royal Society of Arts. She has MA Arts Management from City University London

Maureen’s work has been recognised through accolades including ‘Women of the Year’ in 2000 at the ‘Millennium Festival of Women’s Work’ and ‘European Federation of Black Women Business Owners’ Professional Award’. She was also a finalist in the ‘European Union Women of Achievement Awards 2001’, this was an acknowledgment of her “contributions to pan-European understanding and progress, as well as providing inspiration to others”.